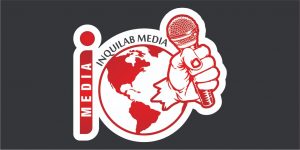 The former wrestler, now who is actor Dwayne ‘The Rock’s John, said he and his wife, Lauren Hashian and two young daughters had tested for the novel coronavirus about two-and-a-half weeks ago despite being “disciplined” about health protection.
However, they all are now recovered from the disease, he said.

Johnson (48) announced their diagnosis in an 11 minutes 35 seconds video on Instagram on September 3.

To watch his video 👇

He also added “Testing positive for COVID-19 is much different than overcoming nasty injuries, or being evicted or even being broke, which I have been more than a few time”

He further said that he and his family caught the infection from “very close family friends” who, in turn, had no idea how they had been infected.

Now, he added, “we’re on the other end of it and no longer contagious. Thank God, we’re healthy.”

He says his daughters “bounced back” after having sore throats for a couple of days. But for Johnson and his wife, he says they both had a “rough go.”

An under ground door of Polytheism

The All Bihar Shershabadi association are going the way of ...

All Published articles are opinion of the writer in Inquilab Media

ABOUT US
Inquilab Media is a English,Urdu,Hindi News Portal,and YouTube Channel based in India, promises to be a fair and objective portal, where readers can find the best information, recent facts and entertaining news.
Contact us: info@inquilabmedia.com
FOLLOW US
© by :MD Aebin
MORE STORIES
MUSLIM